One of those players who has an extraordinary amount of talent is the San Diego Padres infielder Manny Machado. Since being drafted out of high school and arriving in the Majors with the Baltimore Orioles, expectations have been extremely high for Machado. These expectations along with his success at an early age made the Manny Machado Jersey one of the most popular jerseys in all of baseball.

Machado who was born and raised in Miami, Florida playing his high school baseball for Brito Miami Private school. During his senior season, Machado posted a .639 batting average to go along with 12 home runs. The success earned Machado national recognition not only by Florida International University but by big league scouts across the country. Despite signing to play college at FIU, Machado elected to enter the 2010 MLB amateur draft.  A move that would pay off as Machado was selected with the third overall pick by the Baltimore Orioles just behind Bryce Harper and Jameson Taillon.

Key Note: Manny Machado and fellow MLB player Albert Almora grew up near each other and even were so close they considered each other cousins.

Once drafted and signed by the Orioles, Machado split the rest of the 2010 MLB season between the clubs Gulf Coast team and the Aberdeen Iron Birds. After posting a .306 batting average over nine games in his first season, Machado earned a spot on the Baseball America’s top prospect list as the 14th best MLB prospect entering the 2011 MLB season.

In his first full season with the Orioles in 2011, Machado split time between the Delmarva Shorebirds and the Frederick Keys. Between those two teams Machado posted 28 doubles and 17 home runs. The success earned him a promotion to the 11th best prospect according to Baseball America leading into the 2012 MLB season.

After a hot start in 2012 with the Bowie BaySox, Machado was promoted to the MLB roster on August 8th, 2012 and made his MLB debut on August 9th, 2012. In his MLB debut, Machado picked up his first MLB hit a triple against the Kansas City Royals before hitting two home runs in his second MLB game. Machado would finish the season with the club posting seven home runs over 191 at bats. The success in his first season was just the start of his rise to the top infielders in all of baseball.

After posting 14 home runs in 2013, Machado’s season was cut short due to a knee injury that forced the Orioles promising young star to miss the remainder of the season as well as the start of the 2014 MLB season. One healthy, Machado rejoined the Orioles Machado would finished the season with 14 doubles and 12 home runs over 82 contests.

Over the next three seasons Machado posted 35, 37 and 33 home runs while posting at least 86 runs batted in during each of those seasons. The success helped raise the popularity of Machado while making him one of the most talented players in the game with Bryce Harper and Mike Trout. Despite his success, Machado was traded by the Orioles to the Los Angeles Dodgers before the 2018 MLB trade deadline for five players.

Machado would go on to hit .273 down the stretch for the Dodgers with 13 home runs and 42 runs batted in. After the season Machado signed a record setting $300 million dollar ten year deal with the San Diego Padres in the offseason of 2019. The signing made Machado one of the most talked about players in all of baseball while fans in San Diego were lining up to purchase the Manny Machado Jersey.

In his first full season in the National League, Machado hit .256 with 32 home runs and 85 runs batted in for the Padres. Now as 2020 is set to start in the end of July due to the on-going pandemic, Machado is looking to see his success with the Padres continue to grow as he is set to turn 28 on July 6th. 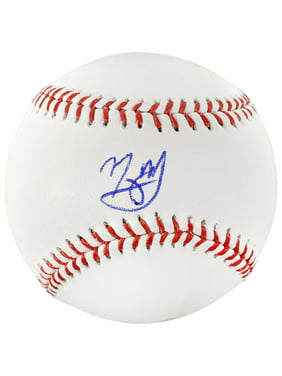 If its a Manny Machado jersey or any other type of merchandise, you can look for it in our Baseball Shop.  Or you can check out Walmart by clicking the logo below. They offer fast and free shipping on many baseball player jerseys and assorted official merchandise.

We have a Baseball Jerseys Page you should check out!  Find jerseys from your favorite teams.  See current players along with former greats.