Do I wear my Corey Seager jersey out today or maybe my new Mookie Betts jersey? These hard decisions are made by the Los Angeles Dodgers fans daily. This is a decision many fans around the league would love to have.  As you look at the Dodgers roster the team is loaded with talent under the age of 30.  The group consists of Corey Seager, Mookie Betts, Cody Bellinger, Walker Buehler, Julio Urias and Will Smith. Of that group, Seager is the veteran of the bunch and a fan favorite in Los Angeles. After making a hot start, and winning the Rookie Of The Year Award for 2016. 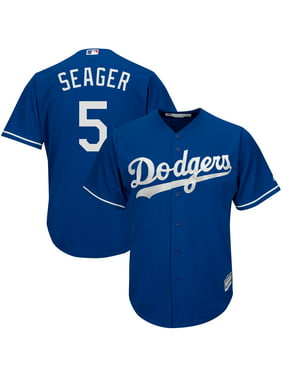 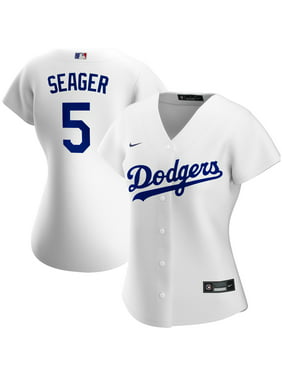 Growing up in North Carolina, Seager’s interest grew to the baseball much like the likings of his two older brothers as he idolized the future Hall of Famer Derek Jeter and the New York Yankees. The youngest Seager played his high school baseball as Northwest Cabarrus High School located in Kannapolis, North Carolina. The youngest Seager’s success in high school landed him as the 2nd best middle infield prospect and 24th overall prospect entering the 2012 MLB draft. The Dodgers elected to draft him with the 18th overall pick in that draft.

Key Note: Corey Seagers older brother Kyle Seager plays for the Seattle Mariners and his other brother Justin Seager was drafted by the Mariners in the 12th round of the 2013 MLB draft.

After signing his rookie contract, Seager reported to the Dodgers rookie ball team the Ogden Raptors for the remainder of the season. Seager would go on to hit eight home runs, nine doubles and drive in 33 runs over 46 games for the Raptors. Over the 2013 and 2014 seasons, Seager would find his way moving from low A to high A to double A before the end of the 2014 season. The future star of the Dodgers hit 36 home runs to go with 70 doubles over the two combined seasons throughout the minors. In 2015, Seager would begin the season at double A before appearing in 105 games with the clubs Triple A team.

At triple A, the Dodgers middle infielder hit .278 with 30 doubles, 13 home runs while driving in 61 runs batted in. The success landed Seager a promotion to the big league club on September 3rd, 2015 against the San Diego Padres. In his debut, Seager proved the call up to be the correct move picking up two hits including a double. Just nine days later, Seager hit his first career home run on September 12th, 2015. Over the final 27 games, Seager hit .337 with eight doubles and four home runs for the Dodgers. Seager would land on the MLB roster in 2016 where he hit .308 with 26 home runs while driving in 72 runs in route to the NL All-Star team and the Rookie Of The Year Award.

In 2018, Seager continued his success batting .295 with 22 home runs and 33 doubles while earning a second straight trip to the All-Star game as well as his second silver slugger award. After promising first two full seasons, Seager was shut down early in 2018 after requiring Tommy John Surgery for a UCL strain in his right arm. Seager missed the remainder of the 2018 season and the start of the 2019 MLB season. While trying to find his previous power from before the injury, Seager finished the season appearing in 134 games posting a .272 batting average to go along with a career high 44 doubles and 19 home runs.

Now as the Dodgers look to move past the NL and AL in route to a World Series title, Seager will look to rebound to his All-Star form while proving to be a key contributor to the team in 2020 and beyond. If Seager can come out swinging a hot bat early, the Corey Seager Jersey will return to being a fan favorite of Dodgers fan around the country. Despite dealing with the UCL sprain, Seager is still just 26 years old while showing his true potential at the plate and in the field.

If its a Corey Seager jersey or any other type of merchandise, you can look for it in our Baseball Shop.  Or you can check out Walmart by clicking the logo below. They offer fast and free shipping on many baseball player jerseys and assorted official merchandise.